Richest states in USA! One of the wealthiest, most powerful, and most developed countries in the world is the United States of America. Although American wealth has improved in recent years, not all Americans earn the same amount. 57,617 dollars is the average yearly household income in America, according to the U.S. Census Bureau. However, in certain American cities, much over half of all households earn above $70,000 each year.

According to area, the United States is the fourth-largest nation in the world (after Russia, Canada, and China). Washington, which is also home to the District of Columbia, serves as the nation’s capital. With 50 states in North America, the United States is a federal republic. Hawaii, an island state in the middle of the Pacific Ocean, and Alaska, the furthest westernmost point of North America, are united by the 48 contiguous states that are situated in the core latitudes of the continent. 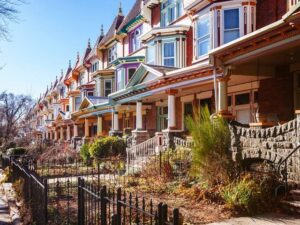 Richest States in the U.S.

Check out the richest states in the united state and their median household income below:

According to Statista, Maryland has the second-highest percentage of millionaires per capita as of 2020. The mid-Atlantic state is the 18th most populated state with slightly over six million residents. According to Zippia, Bethesda-based Marriott International is the state’s biggest employer. According to Zillow, the average house in Maryland is worth $384,928.

According to the U.S. Census Bureau, Massachusetts has the largest per capita concentration of persons with bachelor’s degrees, with a population of around seven million. The Bay State’s leading industries are education, financial services, health care, and technology. According to Zillow, the average house value in Massachusetts is $550,099.

With a population of roughly nine million people, the 11th most populated state is home to numerous renowned biotech companies such as Merck and Johnson & Johnson. Because of its closeness to New York City, many billionaires from Garden State commute to financial careers in the Big Apple. Despite being one of the top three wealthiest states, New Jersey has a significantly lower median house value than the other less wealthy states on this list, at $435,668, according to Zillow.

Hawaii is best renowned for its beaches and laid-back surfer culture, but living in the Aloha State is not cheap. According to Zillow, the typical property value in Hawaii is $828,002. The island state’s main businesses are tourism and the military.

With a gross state product of almost $3 trillion, California has the biggest economy in the United States. It is also the most populated state in the country, with around 40 million citizens. Agriculture, media, tourism, and technology are the state’s most important economic sectors. The typical property value in the state with the fifth longest ocean coastline (after Alaska, Florida, Louisiana, and Maine) is $745,200, according to Zillow.

Darien, one of the top 20 richest towns in America, and one of the top 25 richest cities are both located in the Constitution State (Westport is ranked number five). According to Statista, Connecticut has the third highest ratio of millionaire households per capita. According to Zippia, Glencore is the largest employer in New England state.

Due to the presence of significant corporations like Amazon in the Evergreen State, wages have increased along with living expenses. Washington has some of the most expensive homes in the world, with Zillow estimating the median home value to be $582,732, up 36% from 2018.

The 1.4 million residents of the Granite State do not pay state income or capital gains taxes. Compared to the other top 10 wealthiest states, the cost of living is modest; according to Zillow, the typical house value is $405,600.

Despite the fact that Colorado’s beautiful surroundings draw a lot of tourists, its homeowners are ready to spend a lot of money on their houses. The typical property value is hovering at $545,794, according to Zillow. Despite having a lower median household income than many of the other states on this list, Colorado is home to one of the richest counties in the nation, Douglas County, which has a typical household income of $122,867, or slightly over 59 percent more than the state’s median.

Although Virginia has a modest cost of living compared to other states on this list (Zillow puts the median house value in Virginia at $353,130), Loudoun, Fairfax, and Arlington counties are three of the ten richest counties in the nation. The areas in question are close to Washington, D.C., which draws educated Americans.

State with the lowest household income.

Regrettably, not all states can be as prosperous as Maryland and Massachusetts. Mississippi is first on the list of states with the lowest household income, with $62,835 per year. West Virginia is second with $63,680, while Arkansas is third with $66,557.

Which state is richest by the GDP per capita in USA 2022?

New York is the richest city in the United States in terms of GDP per capita.

Which state in the United States is the poorest?

Mississippi is the poorest state in the United States.

Where do billionaires reside in the United States?

California has the most billionaires in the United States as of March 2022, with 186 billionaires residing in the state. New York came in second with 135 resident billionaires, a significant increase above third-placed Florida’s 78.

Which US state is the wealthiest?

Although the typical property value in Maryland is lower than in many other parts of the country, the Old Line State has the highest median household income in the nation, making it the richest state in the union for 2022.

Why is Maryland a wealthy state?

Maryland’s proximity to Washington, D.C. and the fact that the majority of its citizens work there to account for its wealth. Maryland also houses the National Institutes of Health and the National Security Agency.

The following are the top ten richest states in America, as measured by GDP per capita in the United States:

You now know which state in the United States is the wealthiest. The unfortunate fact is that there are low-income states on the opposite end of the scale. However, if you opt to relocate to one of the highest-income states, you may have higher aspirations. It won’t hurt to give it a shot!

If you found this article about the richest states in the United States informative, please leave a comment in the space below and share it with your friends.